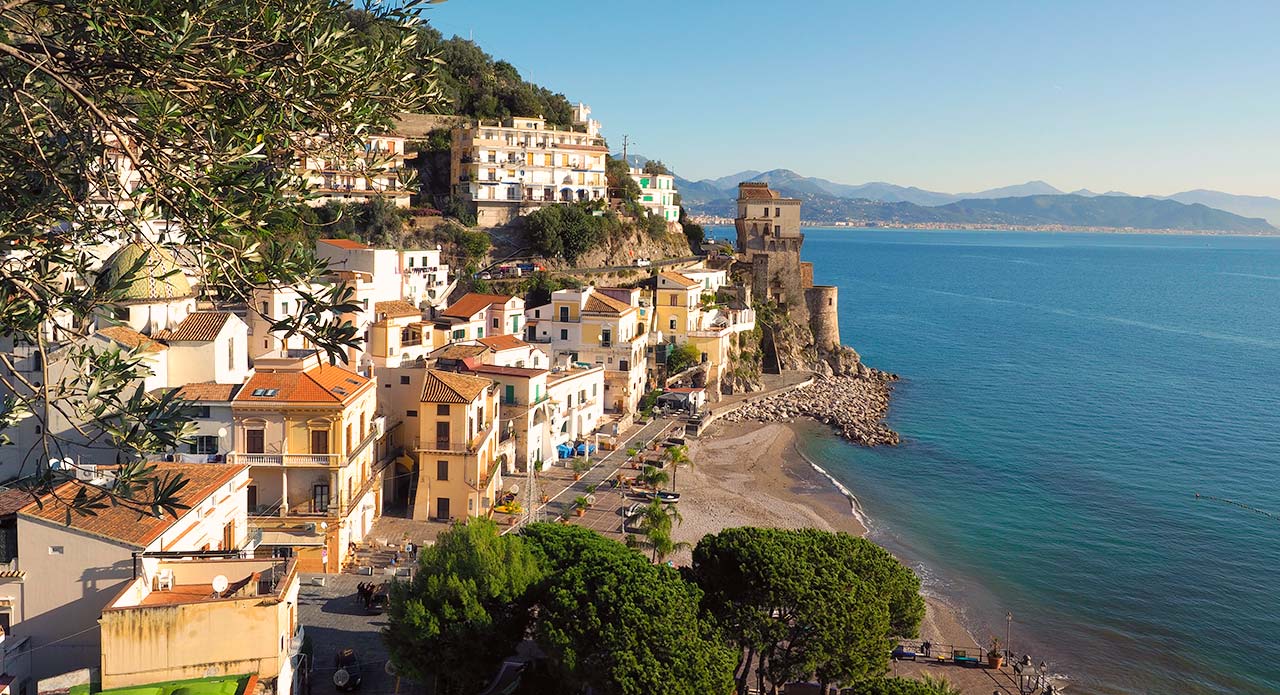 Cetara is a picturesque village on the Amalfi Coast, located in a valley at the foot of Mount Falerio. It has kept intact all the characteristics of an ancient sea village with its Mediterranean architecture, arches, clusters of houses, alleys and stairs.
The toponym deriving from cetus (cetacean) or cetaria (tuna fishing net) or cetarium (fish salting factory) shows its inhabitants’ close relation to the sea and the tradition of fishing and fish processing. In the 10th century a community of Saracens settled in Cetara; evidence of their settlement can be seen in its buildings and in the seafaring vocation of most of its inhabitants.
In 1534 Cetara was devastated by a raid led by Sinan Pasha, a Sicilian nobleman converted to Islam.
On January 1st 1834, Cetara became a municipality with an independent administration.
In the mid-twentieth century many inhabitants set up fishing and fish conservation activities on the North African coast which were then, after the Algerian revolution, moved to southern France, in particular to Séte, a town twinned with Cetara.

The main activity in Cetara is fishing.
In the last decades anchovy fishing made on boats called ciancioli accompanied by lampare, smaller boats carrying powerful lamps to attract fishes, has been joined by tuna fishing. Cetara boasts one of the most important tuna fleets in the Mediterranean.
The salting and preservation of fish, which in kept in jars, is the main side activity. It has recently been joined by the rediscovery and the rising production of anchovy colatura, for centuries the main seasoning of the cetarese cuisine, similar to the Garum of the ancient Romans.
The cultivation of IGP lemons is widespread in the hill surrounding Cetara, in particular the Sfusato Amalfitano variety, from which the limoncello is obtained.

For more about Cetara visit www.cetaraturistica.it