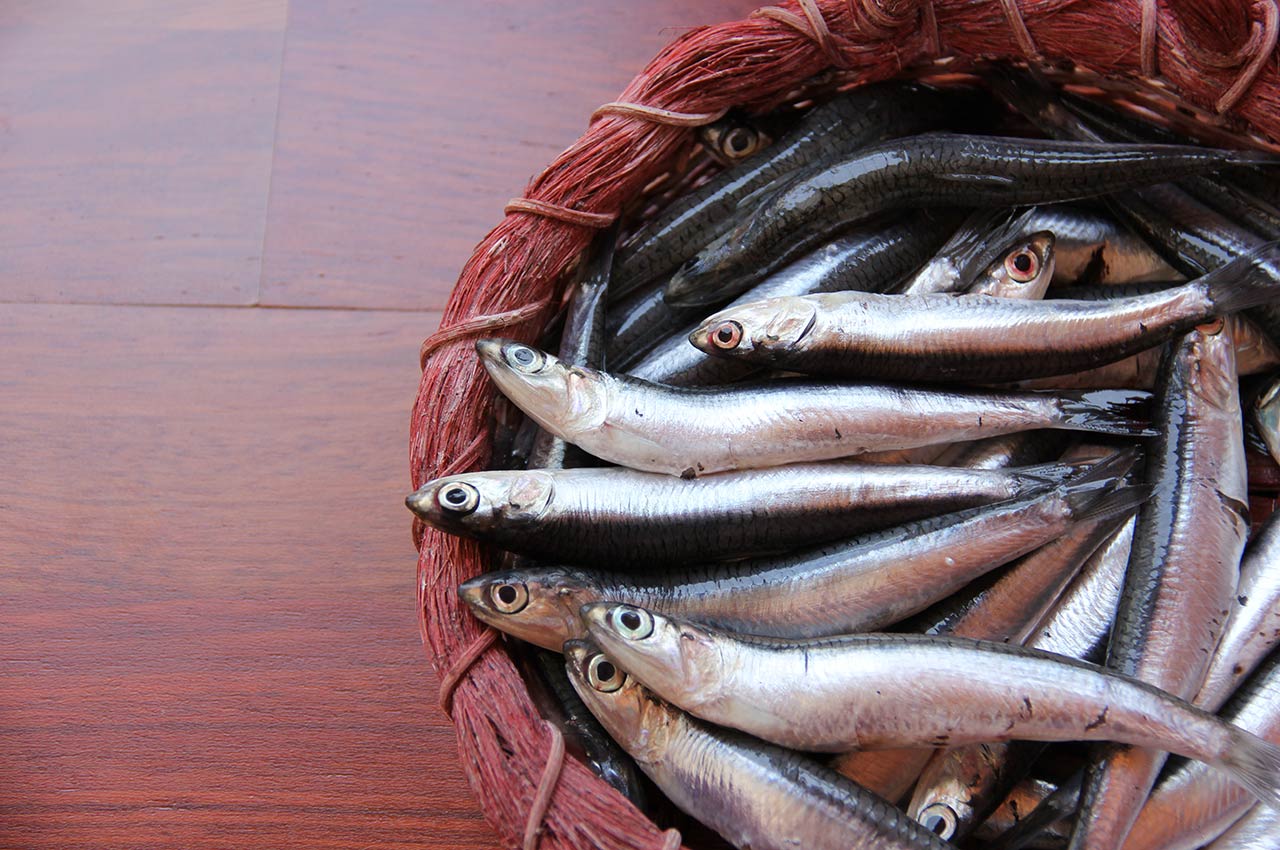 The anchovies (scientific name Engraulis encrasicholus) is a small pelagic fish and is one of the most numerous groups of bluefish.
It is a species that lives and moves in very numerous packs that approach the coasts in the warm seasons, attracted by the presence of plankton.
This fish is very similar to other species such as argentina, the dairy, the sardine, the sprat, but is distinguished from these fish for the different shape of the snout, acute and prominent and for the opening of the mouth, located at the bottom of the head, which extends behind the eyes.
The anchovy is very common in our seas: for most of the year it lives near the coast especially during the breeding season (April-September), while in the cold seasons it moves to greater depths.
The alice, and blue fish in general, is a food suitable to meet the needs of the whole family, from the smallest to the oldest, both for the nutritional value and for its tasty meat.
The anchovy is considered a half-fat fish; in addition to the contribution of high quality proteins, it has a particular composition of fats, rich in unsaturated fatty acids, among which there are some capable of reducing the level of cholesterol in the blood; a diet rich in this type of food removes the risk of cardiovascular disease.