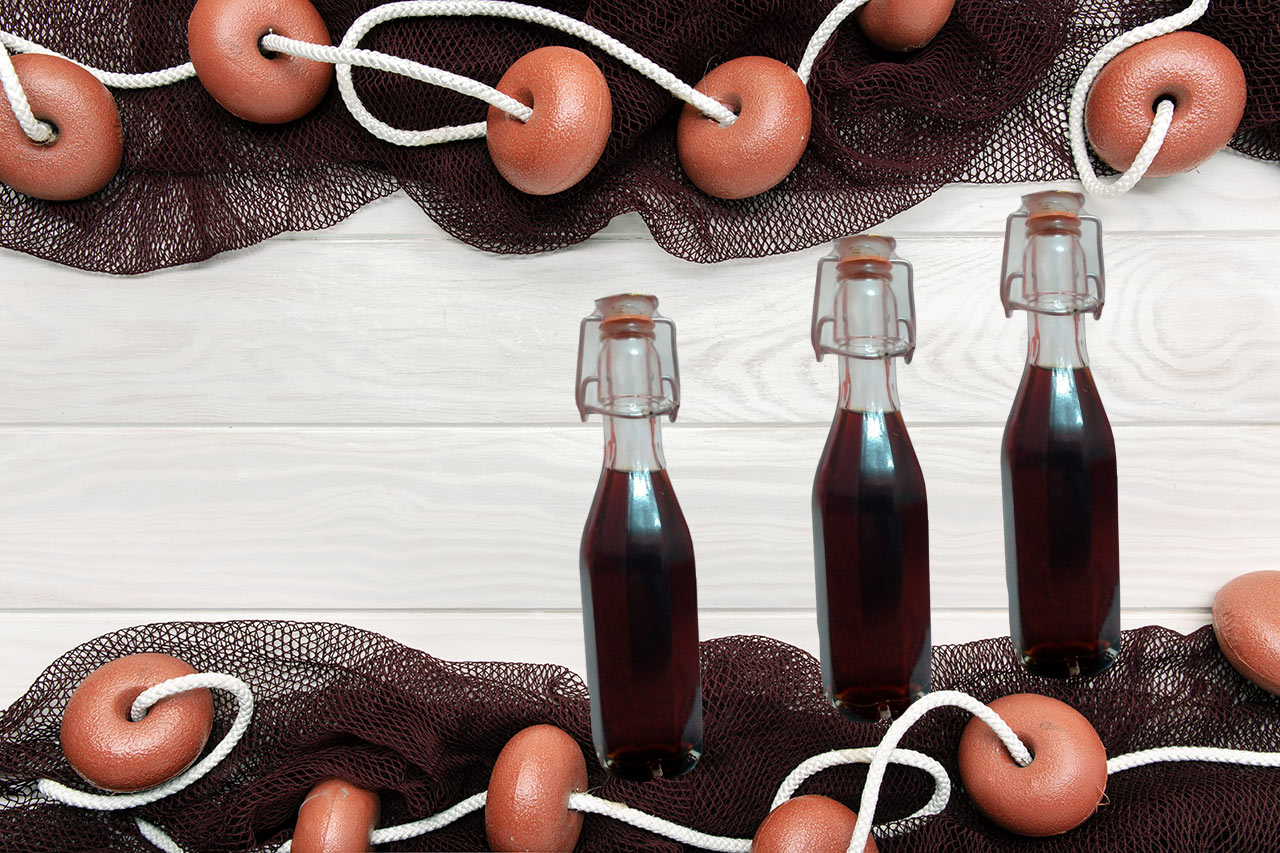 The starting raw material consists of Anchovies (Engraulis Encrasicholus L.) fished with the “cianciolo” technique (using the lampara) exclusively in the Gulf of Salerno during the spring-summer period, from the end of March to the end of July.

The anchovies, freshly caught, are subjected to decapitation and evisceration by hand, and arranged – with the classic “head-tail” technique in alternating layers of salt and anchovies – in a special oak wood container called terzigno (one third of a barrel). Once the layers have been completed, the container is covered with a wooden disc (called tompagno), on which weights are placed (marine stones).
As a result of pressing and maturation of anchovies, a liquid begins to surface; while in the normal process of preservation of anchovies is taken and eliminated, in the production of the anchovy ycolatura it is the basic element. Collected progressively, it is conserved and subjected to a natural process of concentration with exposure to the direct light source of the summer sun.
At the end of the maturation process of the anchovies (about 4 – 5 months), generally between the end of October and the beginning of November, everything is ready for the last phase of the process: the liquid collected and stored is poured again in the terzigno where the anchovies had remained in maturation. Slowly crossing the various layers it collects the best of the organoleptic characteristics, until it is recovered, through a special hole made in the terzigno with a pointed tool called “vriale”, and transferred to another container.

The final result is a limpid distilled amber-colored (almost brown-mahogany), with a strong and full-bodied flavor, an exceptional reserve of flavor that preserves the aroma of the raw material, the salty anchovies, able to flavor with a few drops many simple dishes of local cuisine, from vegetables to classic spaghetti. 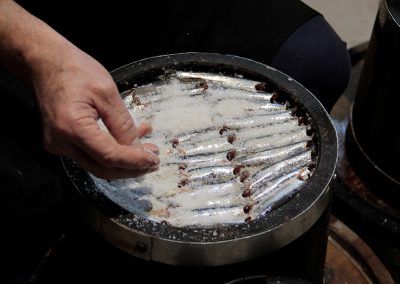 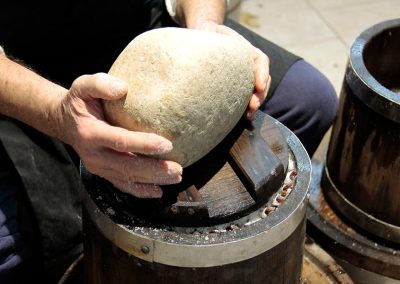 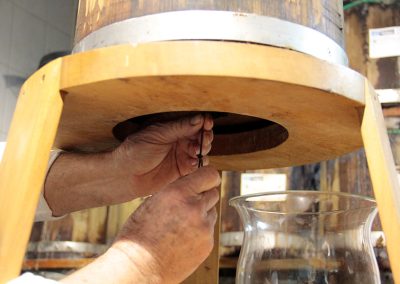