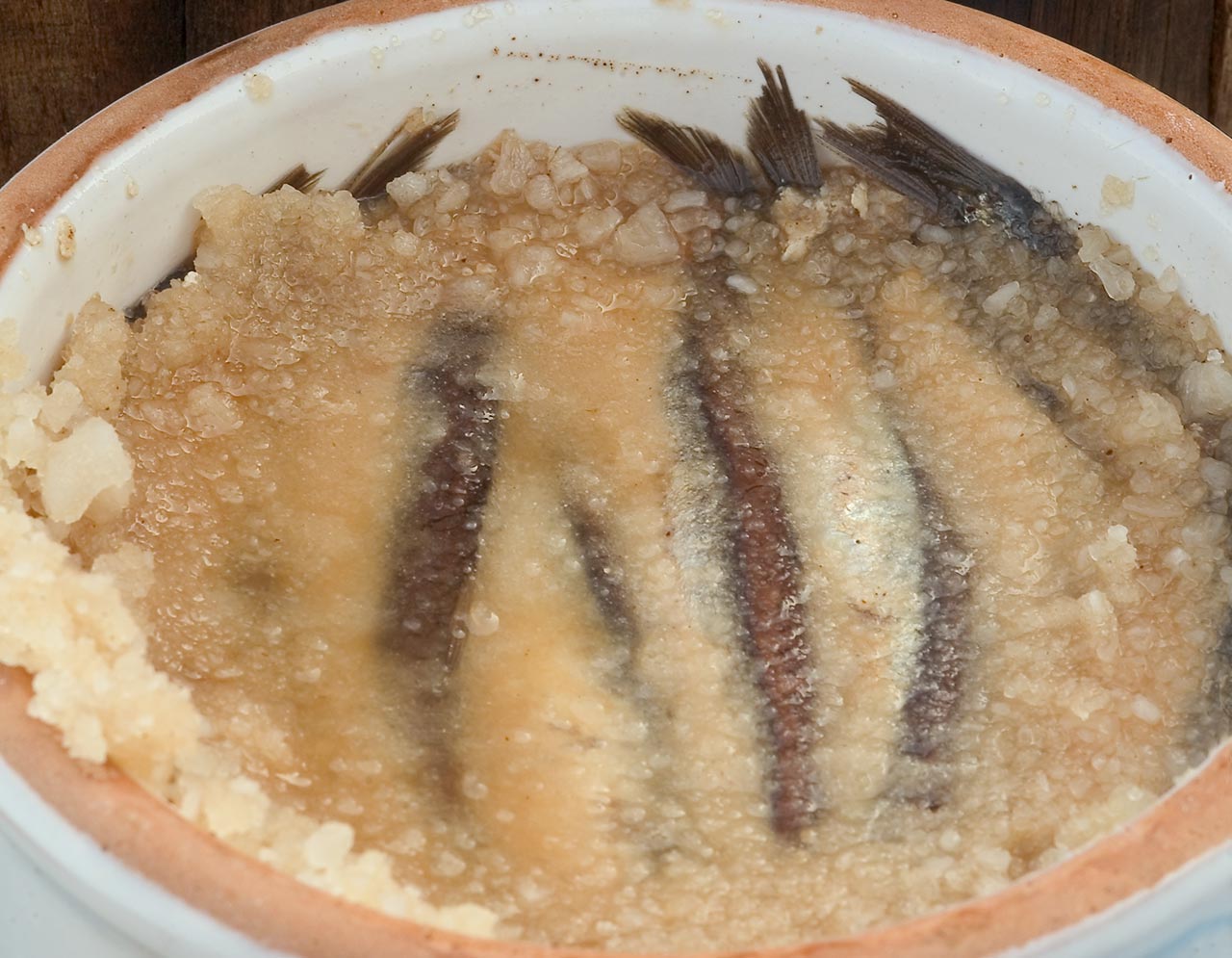 The anchovies are subjected to salting to be preserved, because the salt has an antiseptic and dehydrating action. It is a technique perfected over time that has made the salty anchovies of Cetara famous and appetizing everywhere.
This technique in Cetara has been practiced since antiquity and it was often the women of the village who took care of this preparation.
The anchovies are prepared in large containers, they are beheaded and put in brine for the time necessary for the first phase of dehydration, said “incruscatura”. Then they are placed in layers in specially prepared clay pots or barrels. Each layer of anchovies is covered with coarse salt and then the operation is repeated until the container is filled.
At the end of this operation, a circular wooden cover was placed over it to close the mouth of the barrel, on which the stones are placed, which are used for pressing.
This ancient technique has come down to our days and now, as well as artisanal, it is also practiced on an industrial level.
The preservation of salted anchovies has been an activity practiced by the fishermen of Cetara also in other centers of the Mediterranean; in fact at the beginning of 1900 from Algiers to Courbet up to Nemours there was a large colony of “cetaresi”. The fishing campaign was carried out from May to September and the fish was entirely salted, placed in barrels and shipped to the ports of Genoa and Marseilles. 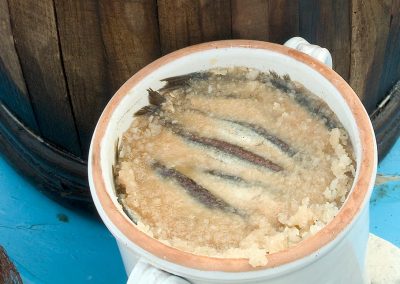